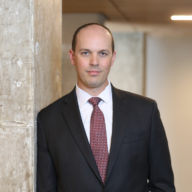 On January 28, 2014, the United States Tax Court handed down its ruling in the matter of Bobrow v. Commissioner, TC 2014-21. In the decision, the Court drastically contradicted both Internal Revenue Service guidance and industry practice regarding the income tax treatment of qualified IRA rollovers from separate retirement accounts in a one-year period.

At issue are Sections 408(d)(3)(A) and 408(d)(3)(B) of the Internal Revenue Code. Section 408(d)(3)(A)  allows a payee or distributee to exclude from gross income any amount received from an individual retirement account or individual retirement annuity if the entire amount is subsequently paid into a qualifying IRA or retirement plan within 60 days of the original distribution. Section 408(d)(3)(B), however, limits the taxpayer to one non-taxable rollover in any one year period (determined by the date the taxpayer receives the original distribution).

For many years, both the IRS and the retirement planning community have interpreted the one-year rule as applying only to the account the original distribution came from, or the account the rollover is deposited into. For example, IRS guidance on the application of the one-year rule, in Publication 590 (for use in preparing 2013 returns) gives the following illustration:

Disregarding their guidance on the issue, in Bobrow, the IRS asked the Tax Court to find that a second distribution (which would be IRA-2 in the above example) constituted taxable income for the 2008 year because the taxpayer had already made a nontaxable rollover within the previous year (which would be IRA-1 to IRA-3 in the above example). The Tax Court ultimately agreed with the IRS and ruled that the plain language of Section 408(d)(3)(B) limited the taxpayer to one nontaxable IRA rollover per year, in total, not per account. After consideration of other issues, the Tax Court imposed additional income taxes and penalties on what the Court found to be unreported income from the second IRA rollover. The decision is currently being appealed.

Since the Bobrow decision, individuals and financial professionals have been perplexed on what they should do. Multiple IRA rollovers made in accordance with Publication 590 has been a common practice. Taxpayers and professionals have been left to wonder if they need to “come clean” to the IRS regarding past rollovers, when they never did anything wrong in the first instance. The possible tax burden facing taxpayers in the event they amended their returns or are audited is significant. Further, financial planners face significant uncertainty and the likelihood that their IRA disclosure statements are inaccurate.

These concerns, however, should be alleviated after the IRS released Announcement 2014-15 in late March. Announcement 2014-15 states that the IRS will adopt the Tax Court’s interpretation of the one-year rule as laid out in Bobrow (regardless of the case’s outcome on appeal), but, it would not adopt that interpretation until January 1, 2015, at the earliest. The IRS recognizes that Bobrow represents a significant change in the retirement planning industry and that such a change will take time to implement. Announcement 2014-15 also states that the IRS and Treasury Department expect to adopt a more official regulation on this subject in the near future.

Each person or entity’s situation is unique and, if you have questions on how this could affect you or your business, please contact a qualified professional.

Pursuant to the rules set forth by the Internal Revenue Service in Circular 230, as promulgated by the United States Department of the Treasury, nothing contained herein is or was intended or written to be used by any taxpayer for the purpose of avoiding penalties that may be imposed on the taxpayer by the Internal Revenue Service, and it cannot be used by any taxpayer for such purpose. No one, without the express prior written permission of Carr Maloney P.C., may use or refer to the this communication or the information herein in promoting, marketing, or recommending a partnership or other entity, investment plan or arrangement to any other party.

Washington, D.C. (September 16, 2021): In a follow up to The Symposium, “Technology, Policing, and Earning the Public…