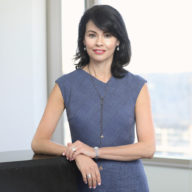 Recently, in a case of first impression, the D.C. Court of Appeals reviewed the new provision of the D.C. Uniform Arbitration Act and held that, despite the expansive statutory language, the amendment does not change the basis upon which the Court can review an arbitrator’s award.A1Team USA Holdings, LLC v. Bingham McCutchen LLP, 998 A.2d 320 (D.C. 2010).

In A1 Team v. Bingham McCutchen, the client of a law firm filed an arbitration claim seeking the return of fees paid to the firm. The arbitrator found in favor of the law firm, ruling that the client owed more than $48,000 in legal fees. Id. at 322-23. The client appealed the award arguing that the Court, under the new provision of the D.C. Uniform Arbitration Act, should vacate the award because it was “unreasonable.” Further, the client argued that trial court improperly evaluated the award under an “extremely limited” standard of review, and not under the revised statute’s broader “reasonableness” standard. Id. at 323.

The Court disagreed, ruling that the new statutory language does not authorize de novo review of an arbitrator’s award. Id. at 324. The Court found no support in the legislative history of any intent to broaden judicial review of arbitral awards or to permit the Court to vacate an award on “any reasonable basis.” Id. at 326. Not only did the Court find no legislative history to support an argument that the D.C. Council intended to expand or to deviate from the existing and limited standard of review, but the Court, in reviewing the drafting history of the Revised Uniform Arbitration Act, found likewise—that there was never any intent to abandon the standard of narrow and extremely limited judicial review of an arbitration award.

Ultimately, in A1 Team v. Bingham McCutchen, the Court held that, absent explicit language and legislative history, the Court is not authorized to conduct a merits review of arbitration awards. Therefore, despite the addition of the new language, the review of an award “is still extremely limited” and the Court will continue to afford great deference to the arbitrator’s decision. Id. at 326. Hence, the amendment essentially has no effect in light of the Court’s recent decision.

By: Mariana D. Bravo and Amy B. Mogetz

A new mandate recently ratified by District of Columbia’s outgoing mayor, Adrian Fenty, will require lenders to notify homeowners of the opportunity to mediate prior to engaging in foreclosure. The “Saving D.C. Homes from Foreclosure Emergency Amendment Act of 2010” amends D.C. Code § 42-815(b) and adds the new section 539(b), outlining a “quasi-judicial” procedure for a previously non-judicial process. Up until November 17, the effective date of the new law, lenders only had to send a formal written notice of foreclosure sale to the borrower by certified mail and a copy to the District government. The lender could foreclose 30 days later.

The Saving D.C. Homes from Foreclosure Act now imposes additional steps, and fees, for both the lender and borrower. A lender is now required to send a homeowner a notice of default both by certified and first class mail. The notice of default must also contain the following information:

A lender is required to pay a $300 fee for every notice of default issued on a residential mortgage. This fee is recoverable if the power of sale is exercised provided that there is money remaining from the proceeds of sale after the payments of all amounts due and owing by the borrower on the residential mortgage and the costs of sale.

It is still unclear exactly how this new law will affect the lending industry, including homeowners, title companies and insurance companies. However, it is expected that additional guidance is forthcoming through various government agencies and departments.

The Medicare, Medicaid and SCHIP Extension Act of 2007, known as MMSEA, was enacted in order to counteract rampant non-compliance with Medicare Second Payer Act (MSPA). MSPA , enacted in 1965, provided that Medicare would be the second payer in the event that a claimant was covered by another primary insurance policy, such as liability insurance. Under MSPA, Medicare would make payments for medical care, and a claimant who received a settlement or judgment was required to inform Medicare of its prospective right to reimbursement. MSPA also provided consequences for noncompliance. However, plaintiffs often neglected to inform Medicare when a settlement or judgment was achieved, and Medicare was not able to track all potential claims.

MMSEA mandates that liability insurers, workers compensation insurers, group health plans, and self-insurers report to the Centers for Medicare and Medicaid Services (CMS). The parties responsible for providing settlement and judgment information to CMS are known as Responsible Reporting Entities. (RREs) When a liability insurer either settles a case or has a judgment entered against its client, the responsibility to report is triggered. The RRE needs to determine whether the claimant is eligible for Medicare first. If that is the case, the RRE then needs to provide data to CMS regarding the settlement on the Coordination of Benefits Secure Website (COBSW). The RREs settlement or judgment payment is called the Total Payment Obligation to Claimant (TPOC).

It is important to note that these reporting requirements are simply that, a requirement to report and not an obligation to provide funds directly to Medicare.